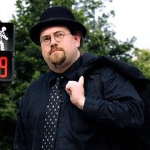 Aaron Swartz, brilliant hacker and political activist, committed suicide in January 2013 in the midst of an aggressive criminal investigation into his downloading of the entire JSTOR archive.  Swartz was charged with thirteen counts of felony hacking and wire fraud and faced a possible sentence of decades in prison and millions in fines.  In the wake of his suicide, many have called for the reevaluation of the cybercrime laws under which he was prosecuted.

Hofmann will discuss the broad reach and potential misuse of the controversial Computer Fraud and Abuse Act.  She will explore Swartz’s prosecution under the CFAA, court interpretations of the legislation, and proposals for legislative reform. Rowe will focus on the growing chasm between the norms of digital citizens and the laws written for controlling print publications.  He will discuss non-legislative options for change, including Swartz’s Guerilla Open Access Manifesto, Open Access Pledges, and the creation of norms that reinforce open access scholarship.

This event is free and open to the public.

Watch the video from the event below.